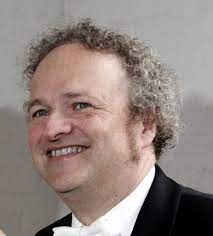 Wolfgang Plagge, “The concept of opera from the composer’s point of view”, talk, The Department of Opera

The concept of opera from the composer’s point of view

Wolfgang Plagge is a Norwegian composer and pianist. Plagge started playing the piano as four years old, and made a sensational recital debut in the University Hall in Oslo, only twelve years old.[He also started composing at an early age, had his first work published aged twelve, and is particularly renowned for his works for wind instruments.

Plagge’s list of works ranges from liturgical music to symphonic works while chamber music and piano solo pieces constitute a main portion of his output. In 2007 he was the recipient of the The international cultural order of knights of St. Stefan which is Hungary’s highest civilian honour for his work on promoting Hungarian music and culture in the Nordic countries, as well as his work with the teaching technique of Zoltán Kodály.

In this session he discusses the concept of opera from the composer’s point of view:

How do you compose musical drama?

What role does the librettist play?

How important is the collaboration with the soloists / performers in the earliest phase of the composition process?

He will bring some lesser known opera scores and some of his own works as the theme for a 90 minute session.

The first half will be a lecture and the last half a deep dive into scores and other sheet music material.