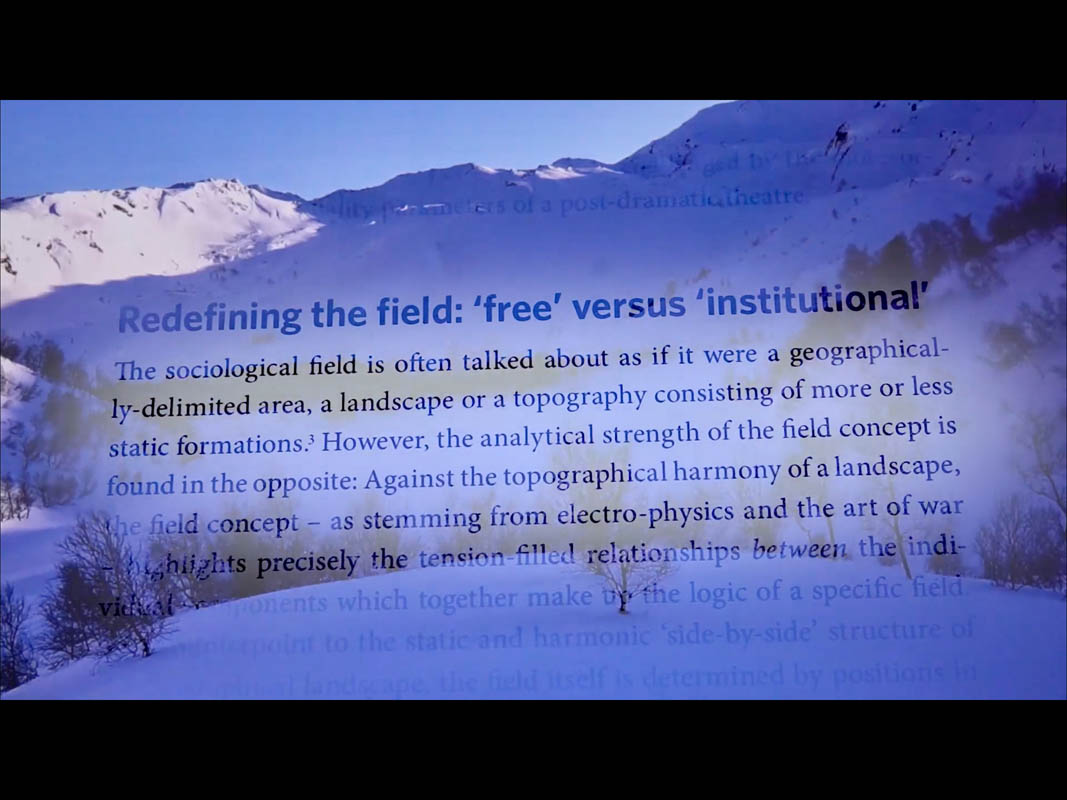 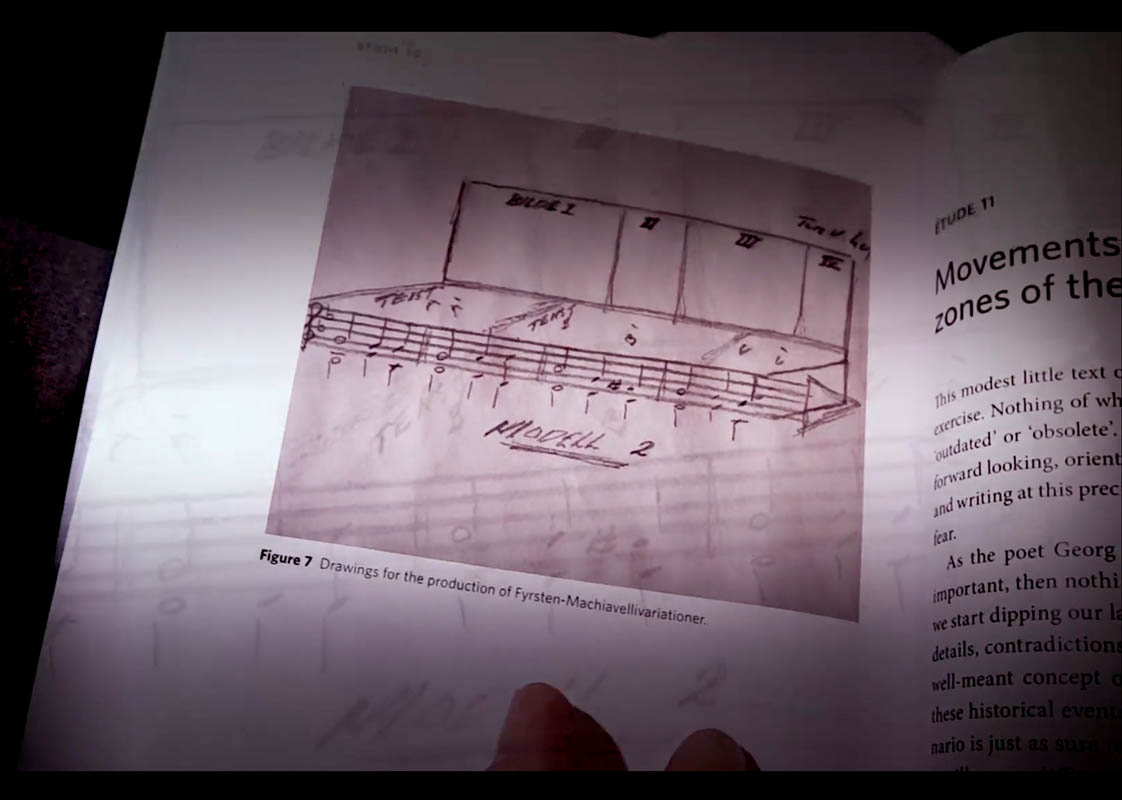 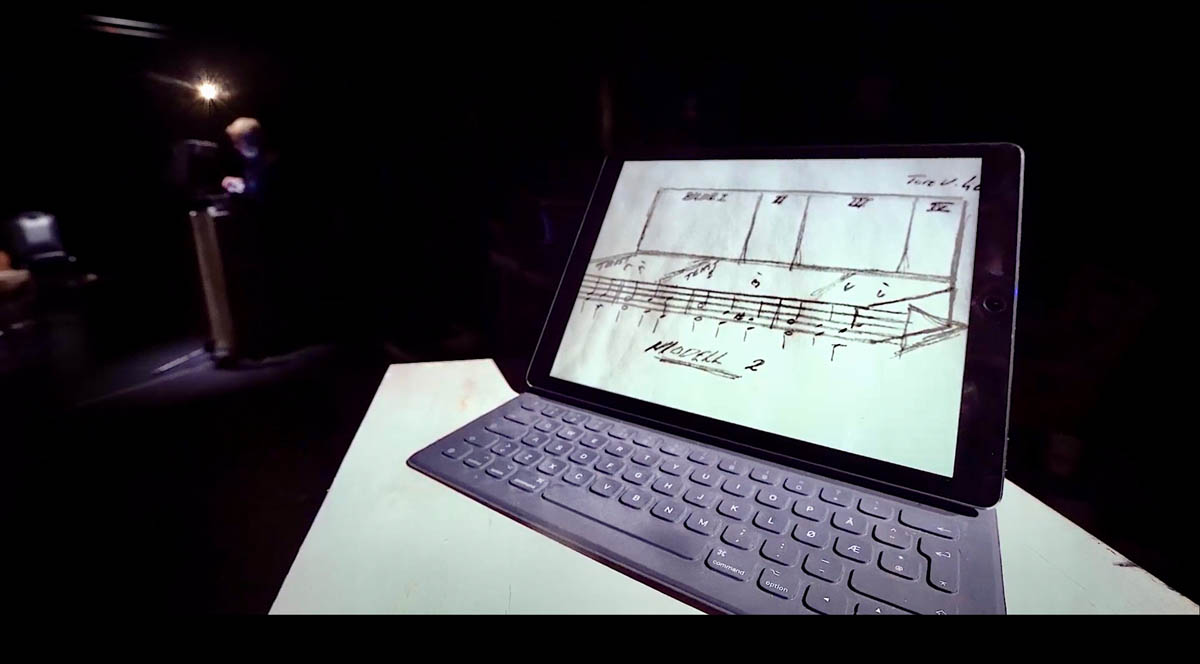 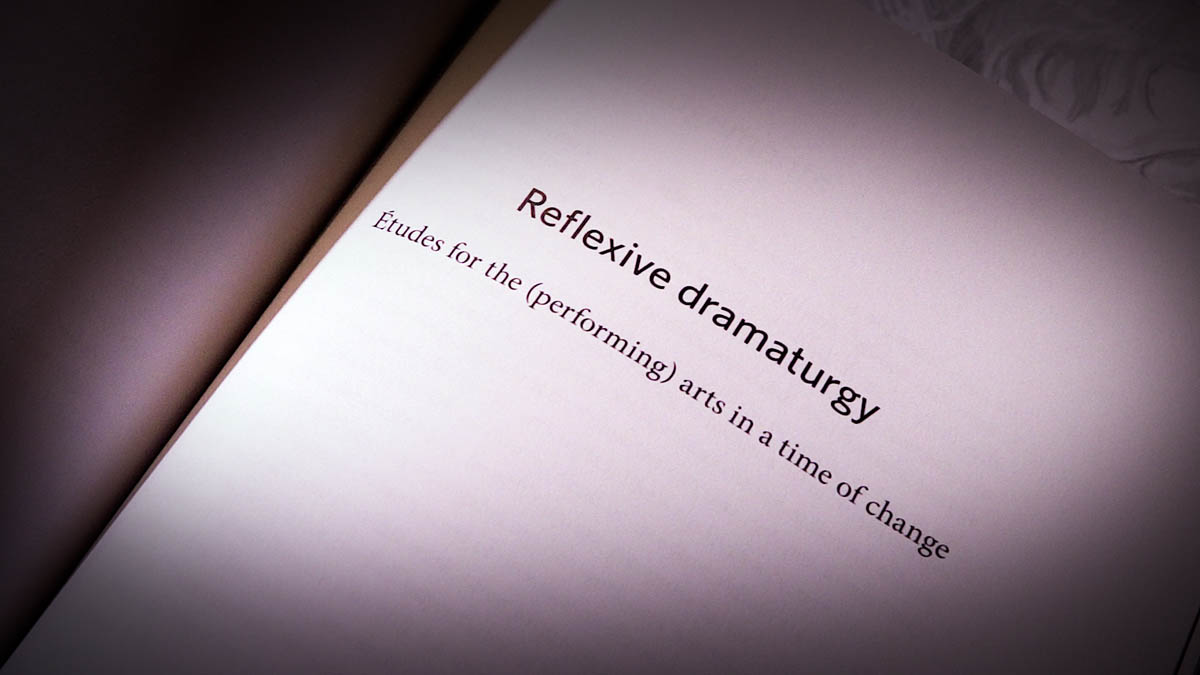 The book Reflexive Dramaturgyis structured as a collection of what I have called Reflexive Études for a field of performing arts in change. It makes up the last part of a perennial artistic research project that I have been leadingat the Theater Department at The Oslo National Academy of the Arts. The launch of the Norwegian version of the book in 2019 was in the form of an audio-visual staging at Litteraturhuset in Oslo. Together with a team of artists and technicians, I worked with the texts and structure of the book pages so that they themselves could become subject to linguistic, acoustic and visual examinations. To me this little experiment gave me important answers to the question what artistic researchcan be.

Inspired by this (directorial) approach, and now also for an English-speaking audience, this new work attempts to follow a three-part dramaturgy, where artistic, scenic reflection – produced in different forms of performances – is brought back to the forms of reflection of the writing and the book, and then again becomes subject to new artistic forms of reflection. The back-and-forth movements of this dramaturgy is an important part of what I have called a reflexive dramaturgy.

The official premiere will take place at, and from, Hordaland KunstsenterSunday, January 31, 2021 in an interplay between the digital and the analogue. The performance will be a kind of appendix or postlude to my artistic research project at the Theater Department at The Oslo National Academy of the Arts. At the same time, it is the first stage of a new collaboration as a guest researcher at the Center of Science Theory at Bergen University. 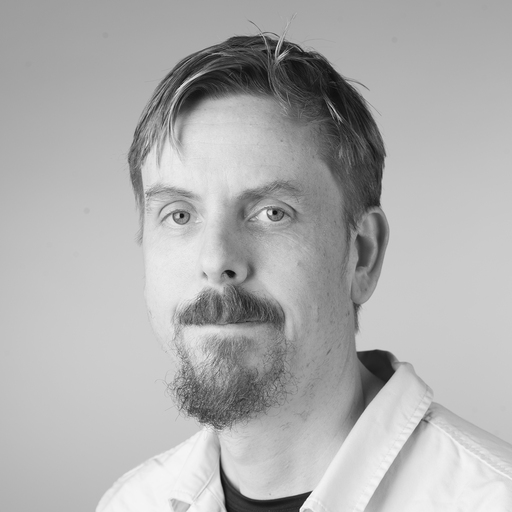