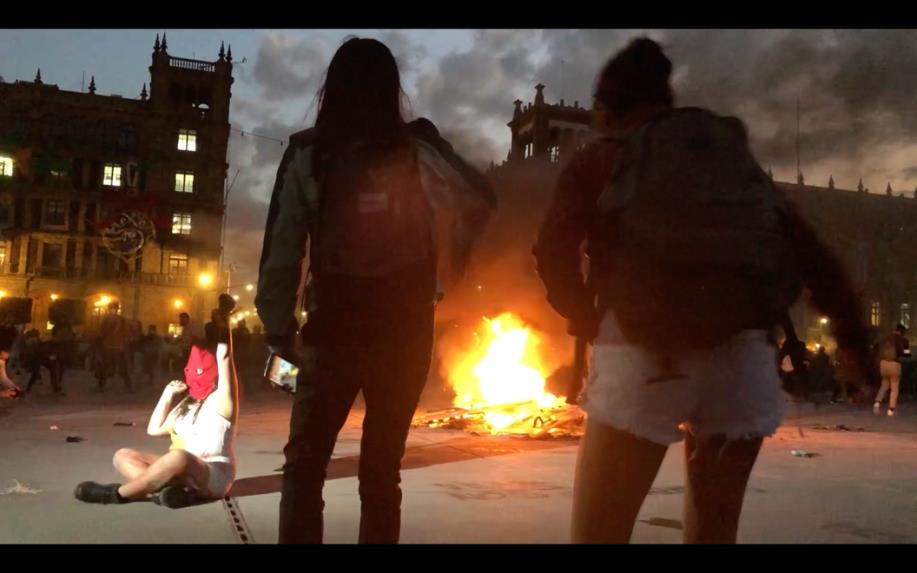 Dora Garcia, “If I Could Wish for Something”, Filmscreening and talk, Department of Fine Art.

In 1930, German film composer and author Friedrich Hollaender wrote “Wenn ich mir was wünschen dürfte,” famously performed by Marlene Dietrich. Hollaender’s old Weimar song inspires the foundation of Dora García’s exhibition If I Could Wish for Something, shown jointly at Netwerk Aalst and Fotogalleriet Oslo. Translated, the verses of the song read:

If I could wish for something I’d feel awkward What should I wish for, a bad or a good time?

The song serves as a powerful expression of a complex concept: sadness as political strength. While this might conjure up immediate associations with Enzo Traverso’s Left Wing Melancholia, political sadness acquires an even deeper significance when it is brought into relation with women’s struggles for emancipation (a depth that is mirrored in Marlene Dietrich’s voice). The disappointment amongst women has been going on for so long. The promise made to them by the revolution (any revolution) remains hitherto unfulfilled, delayed and denied. Thus, the sadness and vulnerability rooted in this feeling of abandonment transformed into a shelter and a shield, and perhaps even a sword. In sadness we overcome the temptation of victimhood, using pain as a conduit for recognizing the suffering of others. This opens up the possibility of an ethical encounter.

Dora García asked the singer La Bruja de Texcoco, a trans woman known and celebrated for her contemporary reactivation of traditional Mexican music (adapting the lyrics—often in indigenous languages—to her own life and music experiences), to write an original song loosely inspired by “Wenn ich mir was wünschen dürfte.” In García’s new film Si pudiera desear algo (2021), La Bruja’s song functions as a soundtrack to the incredible demonstrations that appropriated and altered public space and discourse in Mexico over the past five years.

Si pudiera desear algo is the second part of the larger research project “Amor Rojo” (2018- 2022), and it’s often shown together with the first part, the 2020 film Love with Obstacles, centered around the legacy of Alexandra Kollontai, a Russian revolutionary, sexual activist, and fiction writer, who served as ambassador in Mexico in 1926–27.

Mexico and Russia are not only united within Kollontai’s biography, but also through their revolutionary histories. The Mexican (1910–20) and the Soviet revolution (1917), share their unlikelihood, their triumphs, and their defeats. Additionally, these revolutions share the failure to make good on the promise they made to women. This disappointment is now the fuel of a revolution that propagates like fire through Latin America: feminism. Women seem resolved to take their fates into their own hands, once and for all. Some concepts that Kollontai coined at the beginning of the 20th century are given new life, such as the

“younger sister” (proletarian women, whose interests are not aligned with those of the bourgeois feminist) which resonates with the notion of “Third World Feminisms” that focus on issues that white feminism fails to identify with.

The legacy of Kollontai strongly shines through in other concepts, which now sound more contemporary than ever: “comradely love,” “disappearance of the compulsively isolated family”, the “new woman.” Threatened by any form of dissent, the patriarchal structure of capitalism relentlessly perpetuates the gendered nuclear family as the only possible worldview to project onto our next of kin and society at large. Kollontai explored how traditional bourgeois sexual and family relations could transform once freed from the demands of property and dependence, liberating bodies from cyclically performing a given normativity. She called out the immorality of these structures, and her indignation reverberates in If I could wish for something.