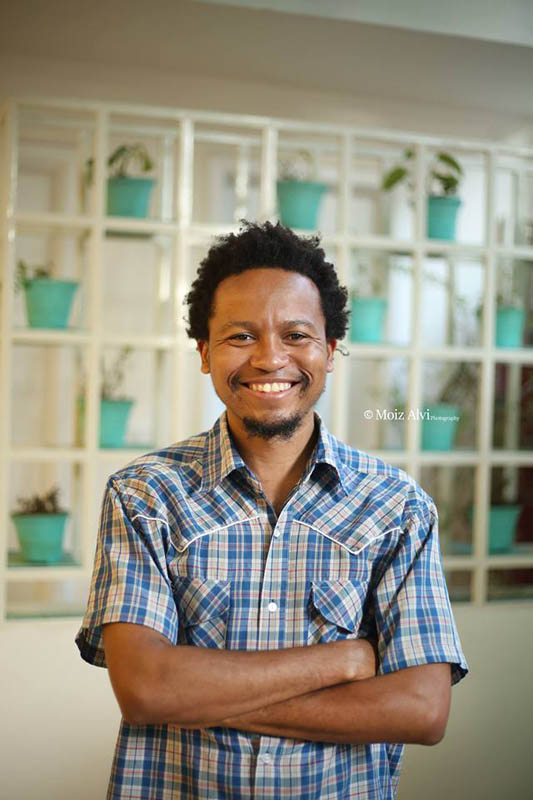 Eliot Moleba is a South African Oslo-based scholar, writer, dramaturg, artivist, and director. He is one of the founding members of PlayRiot, a collective of playwrights committed to telling bold, contemporary South African stories. In many ways, he can be described as an ‘unreliable narrator’, because his style of writing is often characterised by a fictionalisation of real historical events. He was recently one of the contributing authors in the book “I Want to go Home forever” (edited by Loren B Landau and Tanya Pampalone), which was a collection of short stories by people who have been affected by xenophobic violence in and around Johannesburg. His short story in the book was later the subject of an investigative project between journalists and creative writers that resultedin a long form written piece and a podcast series. One of his long-term projects is to produce a 10-part series of artistic productions under the theme “The War You Don’t See”, looking at how global conflicts and migration impact and/or affect children’s lives. He was the resident dramaturg at The South African State Theatre. He is currently pursuing a PhD in Theatre Directing at The Oslo National Academy of the Arts.