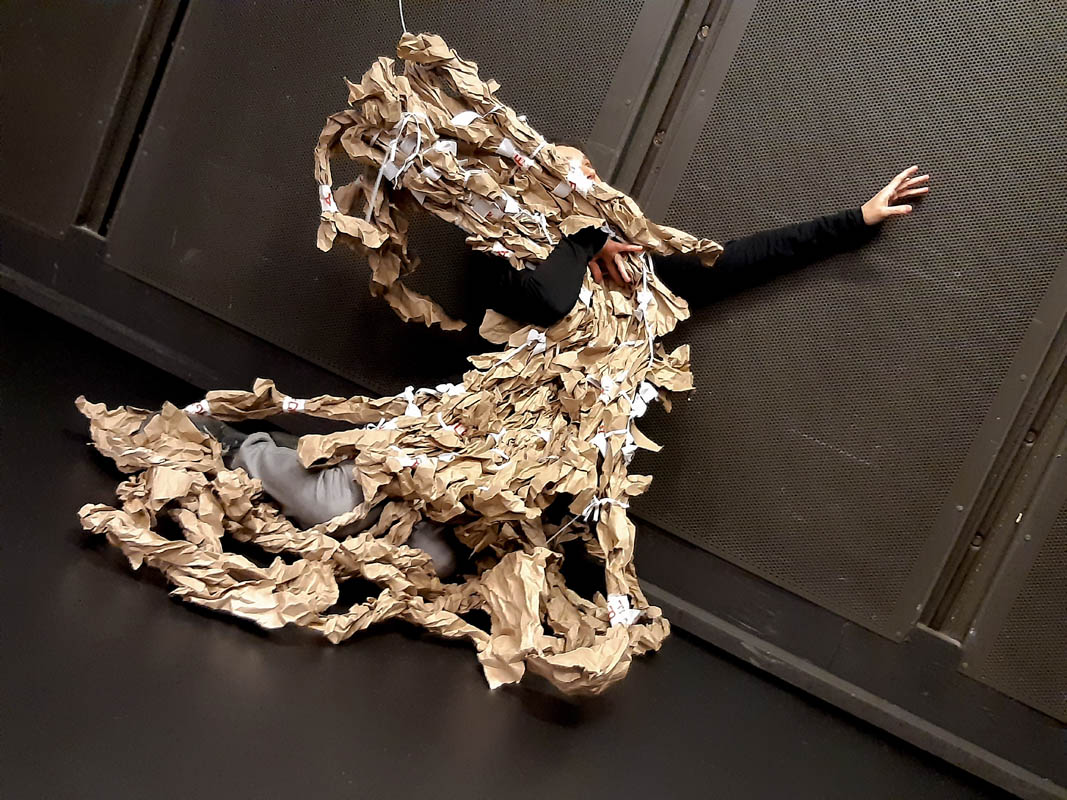 This online lecture-demonstration invites participants into Sally´s artistic research exploring ´Poetic Materiality´, through the sense of touch, and its role in the live encounter between bodies and costumes.

Starting with the somatic practice of Skinner Releasing Technique (SRT) by Joan Skinner, examples will be given on how Sally has translated and expanded Skinner´s poetic approach to the designing, wearing and choreographing with Somatic Costumes.

This process arose from the need to add more materiality, the tactile and the non-verbal to the SRT practice to support the psychophysical experience of an `appearing´ body as opposed to a  ´disappearing´ one.

A critique of Skinner´s ´merging´ relationship between poetic images and bodies will be discussed, as well as integrating the poetics of philosopher Gaston Bachelard with the materiality of anthropologist Tim Ingold.

The aim is to begin to map poetic and material agencies between bodies-costumes within the design-performance encounter. 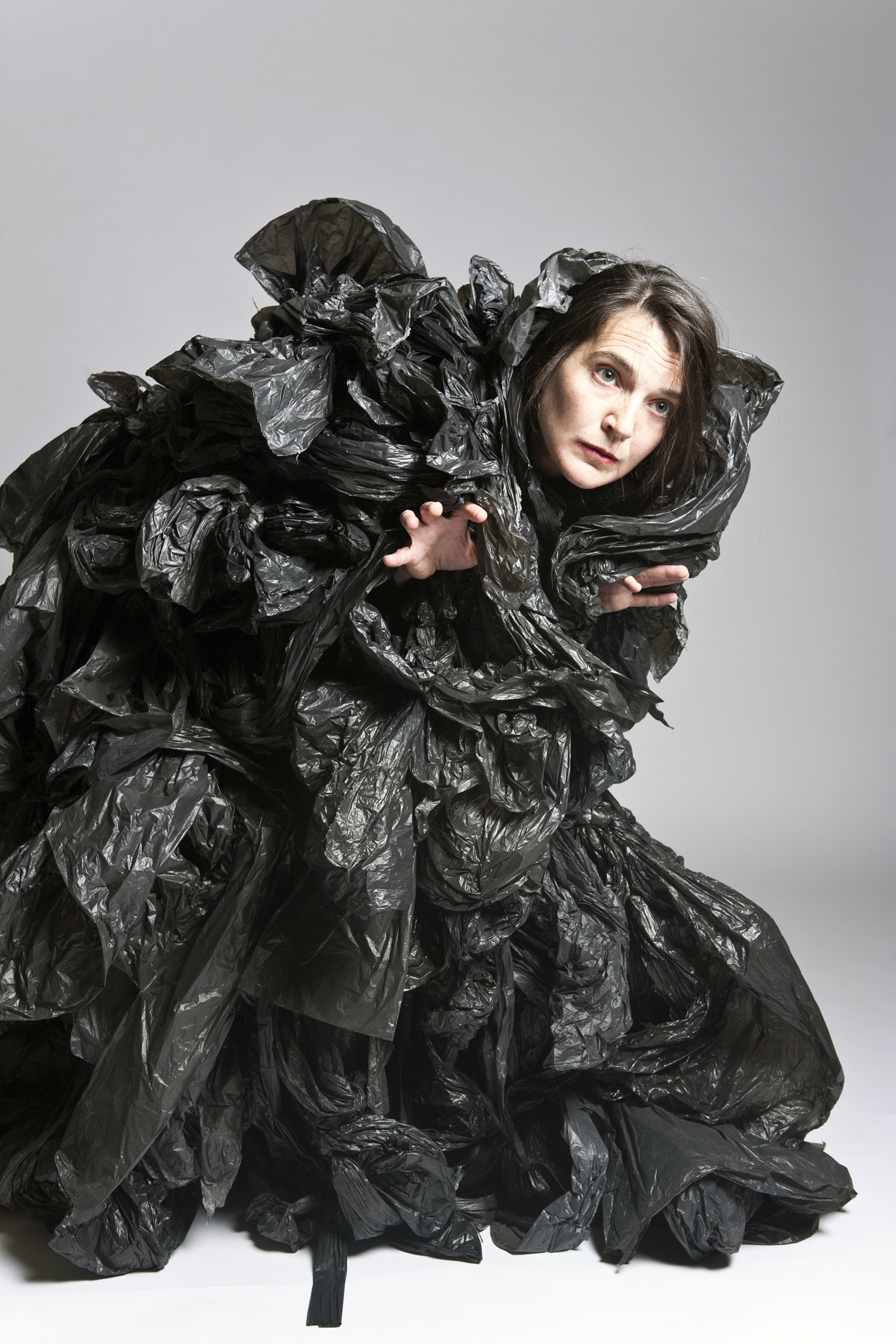 Sally E Dean (NO/UK/USA) is a PhD Research Fellow at Oslo National Academy of the Arts.  Her research investigates poetic materiality and agency between the body-costume and in the design-performance encounter starting with the sense of touch.  How does the costume choreograph the body/movement and the body/movement design the costume?  Somatic practices are applied as a bridge to experiencing, designing and choreographing between costume and body.

Sally has been a professional artist and teacher for over 20 years throughout Europe, USA and Asia between the fields of design, dance, theatre and somatic practices.  Her work has been supported by the Arts Council England and the British Council.